Joined Oct 6, 2018
·
1 Posts
Hi all! I have a beautiful F1 male pup named Riggs. He's currently 8 months old. He is a wonderful pup in so many ways. He is gentle and patient with my 2 girls, has such a sweet and loving temperament, and is friendly with people big and small. However, he has recently become somewhat leash reactive to other dogs and it has me a bit worried....
Riggs was given to us at 11 weeks by my mom. She had an older, larger dog that was not a fan from the beginning. One day pup went to play with her and she attacked him, splitting his face open. My mom was distraught and asked if we could take him. My daughter (7) had wanted a pup and we had considered getting a doodle, so it seemed like a great idea. We knew his personality, he was already housebroken, and I really wanted to help my mom out, so we took him in.
I made it a point to socialize him around other dogs that we knew were balanced and friendly. I was worried that his experience of being attacked would affect willingness to be around other dogs, but he seemed generally unfazed. There have been at least 10 other dogs (belonging to friends or family) that he has had play dates with and they've all been really positive. He is very exhuberant when he plays but luckily tires fairly quickly.
When we are out on walks and he sees another dog, he is immediately zoned in on them. He starts jumping up and bouncing (even if they are far away), whining and barking. If he gets a reaction from the other dog (which he usually does) then he really goes nuts. He is very large - already over 70lbs- so it can be hard to control him. He sounds pretty aggressive, but the few times I've actually allowed him to physically greet the dog (only after asking permission) he's been fine. I know I probably shouldn't reward him with a meet and greet when he behaves like this, but some fellow dog walkers don't seemed phased by him and continue to walk towards us.
Anyone else go through this phase with their adolescent pup? Mot people tell me he'll grow out if it since he is so sweet and genuinely seems to love other dogs. But it worries me. I have contacted a trainer for a consultation, but money is somewhat tight and I don't necessarily want to spend $ 1,000+ if it's a behavior I can take care of myself. I try to always have treats on me and reward any calm behavior, but I rarely get any. I want a dog that we can take everywhere with us, but right now that's not what we have lol. 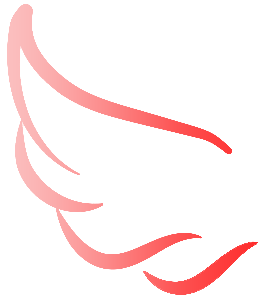